«The opening issue is the Fatum, a relentless force which limits our hopes and happiness; something which looms at the horizon and menaces our wellbeing and peace; an invincible force poisoning our souls. With Moderato con anima desperation and sadness become stronger and more acute. Would it not be wiser to leave reality and abandon oneself to dreams? What a joy!  eventually comes a dream. A human image is before me and calls me.
So beautiful and remote seems the first Allegro! Slowly dreams wrap reality. Forgotten are sadness and desperation. This is happiness! But wait it was just a dream and Fate wakes us. So is life: a steady combination of hard reality, shaky dreams, temporary visions of happiness». Čajkovskij himself explains with his words the sense of his fourth Symphony leaving an interpretation of one of his most famous pages. «Where words fail where music starts». – he stated at the end of this same letter, quoting Heinrich Heine.
Zhang Lu is among the most appreciated Chinese maestros of the new generation, he directs the first of the two Festival delle Nazioni symphonic concerts measuring with a fascinating program including the Fourth by Čajkovskij and Rach2, among the most famous texts of all times. 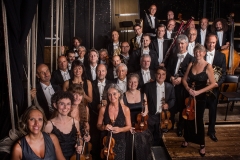 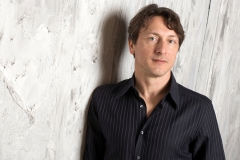