Three choreographies dedicated to the genius of Vaslav Nijinsky, inspired by his historical creations and thought to pay a tribute to his incredible life as an artist.
Après-midi d’un Faune is a 2002 ballet created by Raphael Bianco for Luigi Bonino: in a college, during sleep time, the boys’ desires come to surface, just like the ones of their tutor.
Jeux is a 1969 Susanna Egri creation, inspired by  Nijinsky plot: a love triangle set on a tennis match.
Shadow labyrinth is more introspective, a piece made on the 30th anniversary of the asylums’ closure due to the Basaglia law: “this is for me the true soul of Nijinsky – stated choreographer Raphael Bianco – wandering in a shadow labyrinth: timeless, dreamless defenseless without return”.
EgriBiancoDanza, company directed by Susanna Egri and Raphael Bianco was born in Turin in 1999. It stands out for its social and spiritual value; its excellence and versatility gained the favour of the audience and critics, and it has imposed as one of the most interesting ballet companies in Italy. 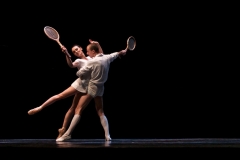 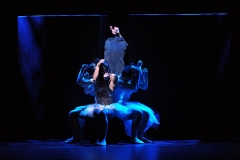 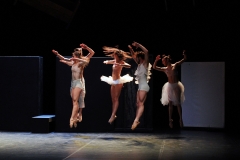 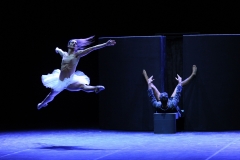 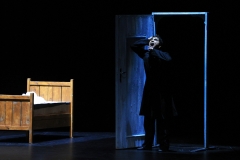